Today we’ll take a close look at how great viral content can do on social medias. And find out why the copy can be better than the original.

Here’s the case: Adidas put together a back stage training session with the all black stars. We must admit they have been doing this for a long time, with great success and some funny content (Ma’a Nonu at the adidas warehouse is a must see). In this case, there’s this “skill video”, a genre that became so popular on YouTube, where you can see your favorite players do amazing things. Everyone recalls the Ronaldinho video with the VFX that actually made its part of the buzz.

The video is quite simple, amazing skills displayed in a relaxed and informal context. Notice the brown paper board to look more “amateur” and low cost :

Being the underdog has its benefits

Well some guys at the australian CA Technologies Brumbies rugby club thought it could be joked around and even topped, in some way.

Now, don’t get fooled by the display date, there’s no way this second one has been shot before the first one. Still, it gained a total of 1 035 418 views, and the production quality speaks for itself : it’s a lot more amateur than the original All Blacks one.

Let’s have a closer look to most approved comments :

So my conclusions would be:

Point 1 : Nowadays the visual quality doesn’t matter that much, audience response and engagement will be more influenced by the content accuracy and capacity to create a reaction : “clever”, “well done”, etc.

Point 2 : Sucess is not only about adding single views, it’s also about what people takes away from your content.

Now you understand the opportunity medias like YouTube can do for you or your brand : creativity and sincerity can be rewarded way more than a well filmed video than can be seen as arrogant or insincere. also remember that with the expansion of medias, fakes and traps have made the audience much more careful, questionning any bit of information, image or video.
You could score big time just not faking it. 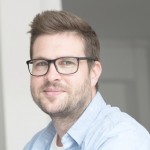